One of the less appreciated shifts that the digital age has brought about is the rise of truly independent media: citizen journalists, bloggers, and even those people who make a living by creating Youtube videos. Whether you have a Ph.D. in economics or just a couple of strong opinions, everyone can now have their voice heard, leading to an unprecedented level of competition between different viewpoints.

There are a number of reasons that can motivate a person to look into setting up their very own web-based radio station. Often, a person will want to set up the kind of radio they themselves would like to hear but can’t find, whether it consists of discussing Greek poetry or vegan cooking. Others are natural entertainers and would prefer friends as well as strangers to tune into them instead of spending their time in a depression chat room. Whatever the station’s intention and mission, a little more than a broadband connection is required to start jamming.

Suitable for both audio and video, streaming services require no technical skill whatsoever and start at around $100 per month for professional packages. This may seem like a lot for a hobbyist, but a reasonably popular station can easily charge as much for a single ad. All you’ll need is a decent microphone and an MP3 player, and you can potentially start broadcasting immediately.

If someone plans to start broadcasting as a career or doesn’t want to be exposed to policy changes on the part of a third party, it’s not all that difficult to set up your own server. This doesn’t even need to be a rack-mounted monstrosity that requires its own air conditioning since an ordinary desktop PC will likely be all that’s needed to handle initial traffic volumes and production tasks.

Essentially, what is needed is installing an application that can play music, another to convert audio into a real-time stream, and a third that turns your computer into a server. In addition, a computer with a dedicated sound card (rather than using the chip on the motherboard) and professional quality microphone are recommended, which will allow good audio quality at least at the source.

There are a whole bunch of options for the various software functions, including open source alternatives. For easy configuration, a budding broadcaster can look into Winamp with its Edcast plugin, while Icecast2 creates a no-nonsense radio server.

The only data rate your ISP normally specifies is the downstream capacity, whereas you will mainly be broadcasting, not downloading. The bandwidth you’ll need is affected both by the broadcast quality and the number of simultaneous listeners, so you may need to upgrade to an enterprise internet plan. Alternatively, part of a cloud server can also be rented to handle all of the data requirements, with high availability at a reasonable cost.

Once you’ve wrestled with concepts such as ports and encoders, it’s time to actually start deciding on programming. There are few hard and fast rules when it comes to attracting listeners, whether you’re broadcasting as a business or as a hobby, but high-quality, consistent content is obviously a must. It’s better to only broadcast an hour or two per day and keep people interested in what’s being played or said.

Secondly, specialization is the name of the game. A quick look around the internet will easily reveal the existence of web stations in every niche you can think of. Competing with them is almost never possible by diluting your efforts across multiple genres. Instead, focus on what you can do well and wait for like-minded people to find you.

As one example, copyright fees can easily cripple a small station that tries to play the most popular tunes, but it may be possible to negotiate good rates with individual artists looking for exposure. Another route which can be followed is to focus on listeners in your town or even a single neighborhood, which helps keep content relevant and interactive, as well as making finding advertisers easier. 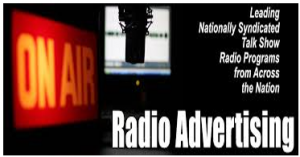